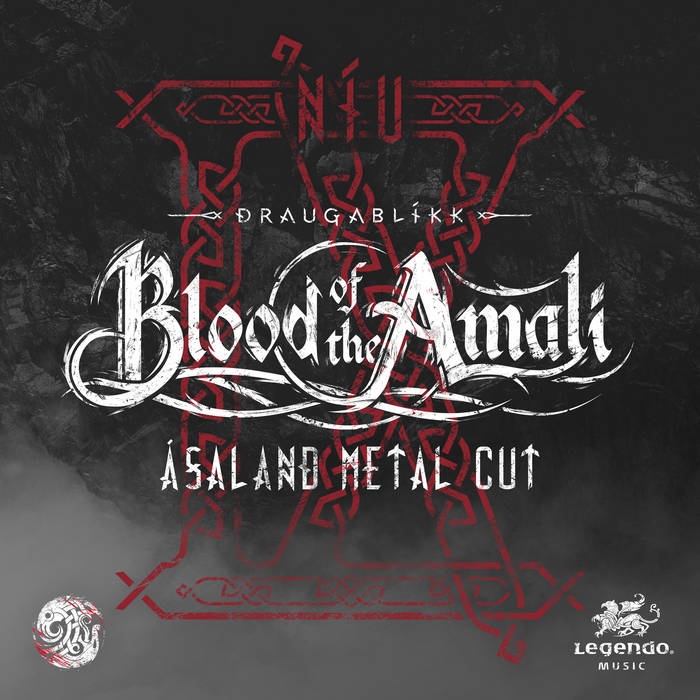 NÍU: The number nine is significant in the Old Norse myths, as made evident by Óðinn (Odin) who sacrificed himself, to himself, on the tree of life Yggdrasil for nine days and nights, until the secret of the runes was revealed to him.

NÍU: The Icelandic sagas also describe how Þórr (Thor) takes nine steps and falls to the ground dead after he fought his last fight with the Miðgarðsormr (Midgard Serpent) at Ragnarǫkkr (Ragnarök).

NÍU: Heimdallr (Heimdall) is the guardian of the rainbow bridge Bifrost. He was born by nine sisters, an event echoed in the nine daughters of the sea-goddess Rán, who rules the ocean and its waves.

Draugablíkk is danger, intrigue, dread, and blood feud; a world of forgotten wonder and shamanic mystery; a journey into the past where only the brave will survive, and only the lucky can prosper. In the wake of the primeval Hyperboreans and the legendary Aratta, from the Arctic to the Mediterranean, through ancient Persia to uncharted America, and beyond, Draugablíkk will reveal a forgotten world — and rediscover the secrets it has cloaked for too long.

But Draugablíkk is more than music and culture. It is an egregore in the making, slowly establishing itself by creating invigorating fiction and art, based on authentic mythologies in which lies the initial origin of our creation. Without an understanding of the past, future generations will be unable to master their true purpose and fate.

However, not all are born with the spark of Draugablíkk or truth-seeker rune-sight. Thus, the task at hand falls on those who have it. To us, the world is a very different place: we can sense the ancestral ghosts that surround us, the sleeping giants in the hills, and the great beasts and deities that others dismiss as legend. ᛟ

Bandcamp Daily  your guide to the world of Bandcamp

Interviews With Butcher Brown and Slauson Malone, plus LP of the week by SAULT.